Writes about Pop culture and music. Specializes in Korean music and entertainment.

I am a freelance writer based in Denver, US. You can follow me on social media with the links below. 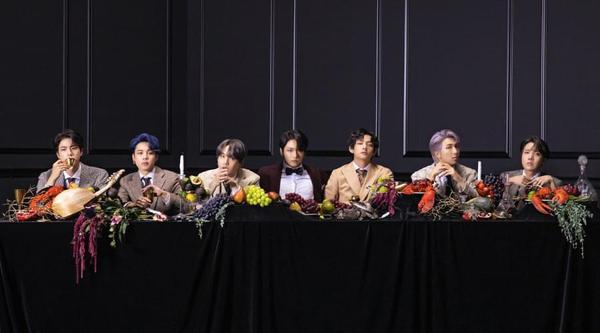 BTS Reveals “Outro: Tear” Was Written While The Group Was Considering A Breakup

”When I played the song for the members we all cried together.” BTS‘ latest docuseries, Break The Silence, features never-before-seen footage from the group’s 2019 world tour, Speak Yourself. The members also candidly share hidden secrets from the making of 2018’s Love Yourself: 轉 ‘Tear’. In Episode 6, Suga revealed that “Outro: Tear” was written when the band was considering a breakup. “The lyrics for ‘Tear’ were written for the members,” he explained. “When I was writing the melody, at the t
Load More Articles
Close ✕ 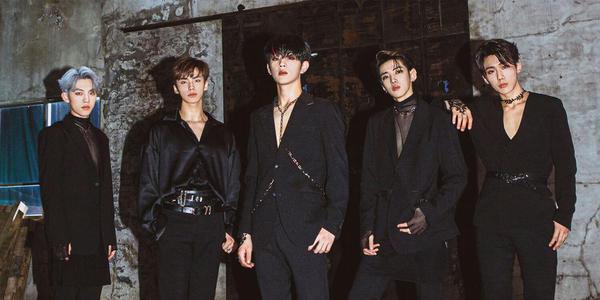 DONGKIZ is a five-member boy group under Dongyo Entertainment who have steadily gained popularity for their unique music videos, most of them inspired by classic movies. The group debuted in 2019 with their single “NOM” and followed it up with Ghostbusters-inspired track “BlockBuster.” Within a few months of their debut, the group won the “Focus Award” at the 2019 Asia Artist Awards. In 2020, members Jaechan and Munik formed the group’s first sub-unit, DONGKIZ I:KAN, and released the new jack sw 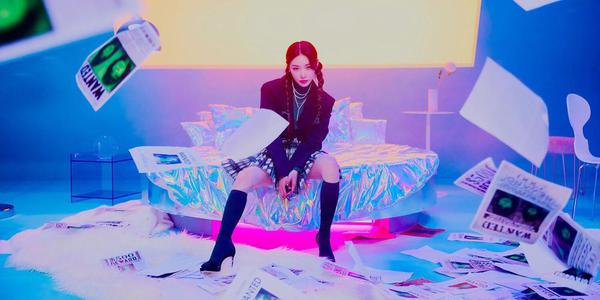 Keeping in line with the nobility concept of this side, the Latin pop sound of “Masquerade” exemplifies the sensual and mysterious tone of Querencia. The track definitely has the potential of being a single thanks to its fiery performance-driven production. Co-produced by Cutfather whose credits include “365” by Zedd & Katy Perry, “Flying on Faith” is an all-English track that flows like a perfect pop anthem with a ringing chorus and Chungha’s powerful vocals. “Luce Sicut Stellae” is a Latin p
Load More Articles
Close ✕ 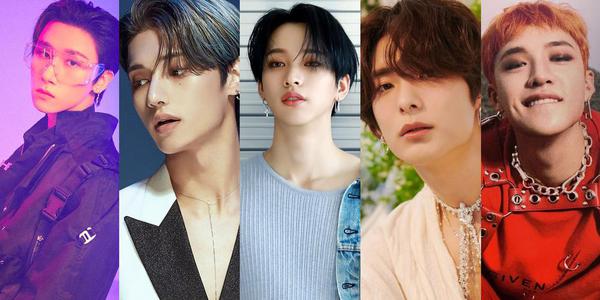 In 2021, our favorite boy groups brought powerful, sexy, and emotional performances, pushing their own creativity and exceeding all expectations. Let’s take a look at some of the best B-sides released by K-Pop boy groups in 2021. 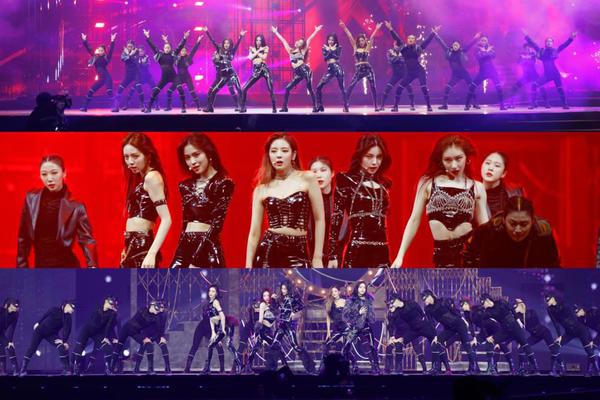 Love them or hate them, you can’t deny that Mnet Asian Music Awards also known as the MAMAs are a highlight in K-Pop’s year-end activities. Besides the actual awards which always receive mixed reactions, what makes the night memorable are the amazing performances and idol interactions. From dynamic performances to jaw-dropping moments to stunning outfits, let’s take a look at five of the best moments at the 2021 ceremony. 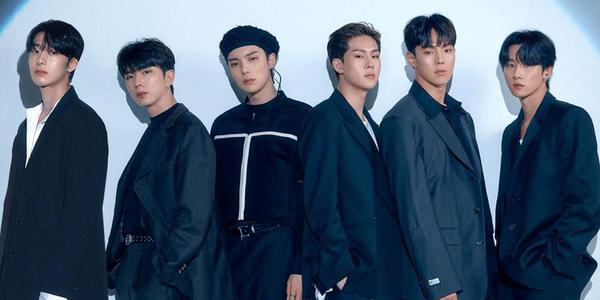 The album opens with the previously released single “One Day,” a mid-tempo track with R&B influences. A track about looking back at moments that have passed and gaining a newfound appreciation in retrospect, “One Day” does a wonderful job of setting the tone for the rest of the album. After “You Problem,” the album flows into “Tied to Your Body,” a Spanish guitar-assisted track. The groovy anthem is all about being a little too attached to someone because of not being able to see them regularly, 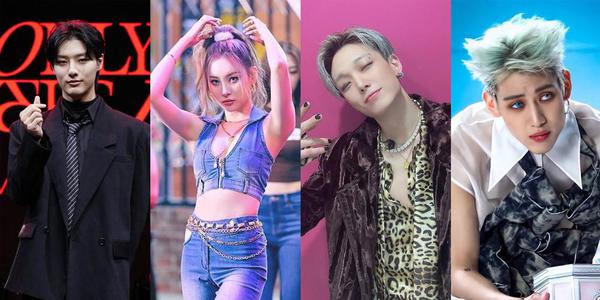 From heavy rock influences to synth-pop sounds, these B-sides were gems waiting to be discovered in 2021. As the year comes to a close, let’s take a look back at some of the best B-sides released by solo acts in Korean music. 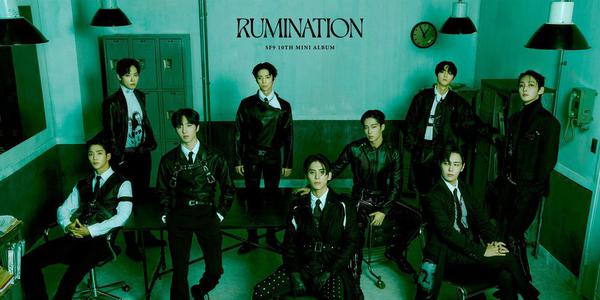 As the year comes to a close and our favorite acts prepare for end-of-year activities, November was jam-packed with releases. Let’s take a look at some of the standout B-sides from this month in Korean music. 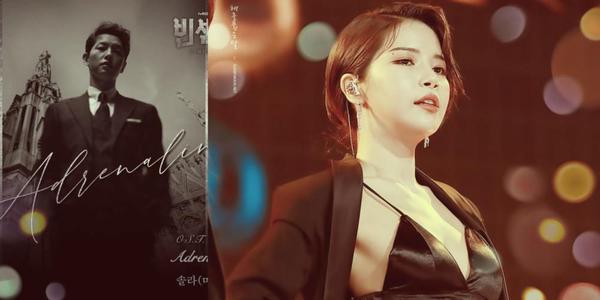 In a year where top shows and movies in the world were Korean, we must talk about the music in those projects. Korean music artists shared their artistry through various OSTs in popular Korean dramas and movies. As the year comes to a close, Genius Korea Community looks back at some of the best OSTs of 2021. 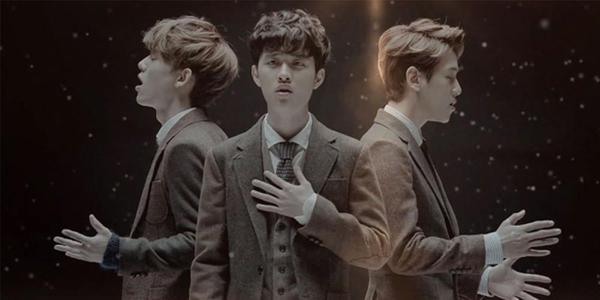 Best B-Sides About Snowfall — The Kraze

As the first snow falls in many countries across the globe, let’s take a look at some B-sides about snowfall and provide listeners with warmth in the cold weather. 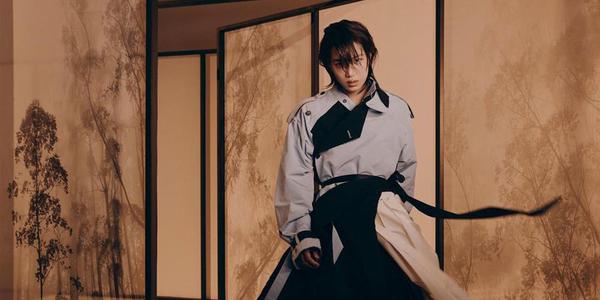 KAI Paints A Dreamy Visual With Peaches — The Kraze

The pressure of a sophomore release has been felt by many artists, and KAI is definitely one of them. After a massively successful debut last year, the anticipation for its follow-up was thrilling. Once again dabbling with groovy R&B tunes, KAI exceeds expectations with his second mini-album Peaches. The album contains six new tracks led by the title track by the same name. 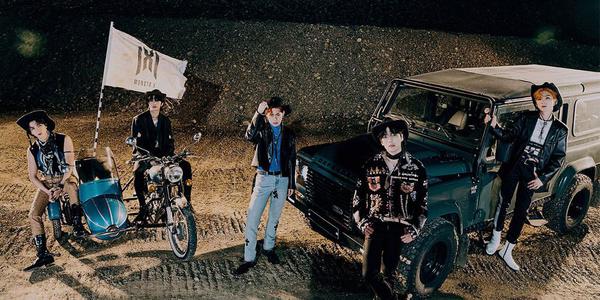 MONSTA X Knows No Limit In New Comeback — The Kraze

MONSTA X has had quite a busy end of the year, including an English album and concert film, and they are kicking it all off with their milestone tenth Korean mini-album NO LIMIT. The new album is led by the lead single “Rush Hour” and contains seven new songs. Let’s dive into the new album to see what the group has to offer. 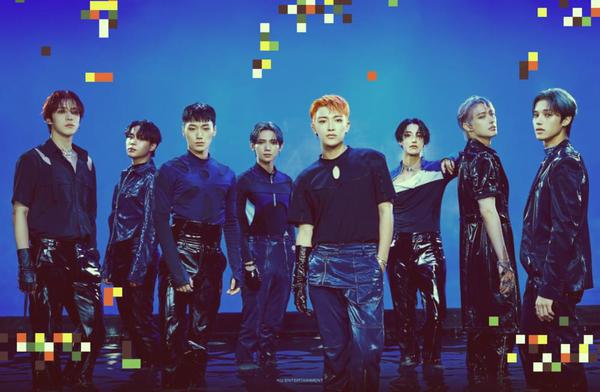 While K-Pop gave us some incredible title tracks paired with gorgeous music videos, intense choreographies, and dynamic stage performances, Korean music artists also shared their artistry through various hidden gems on their albums. As the year comes to a close, Genius Korea Community looks back at some of the best B-sides in K-Pop in 2021. 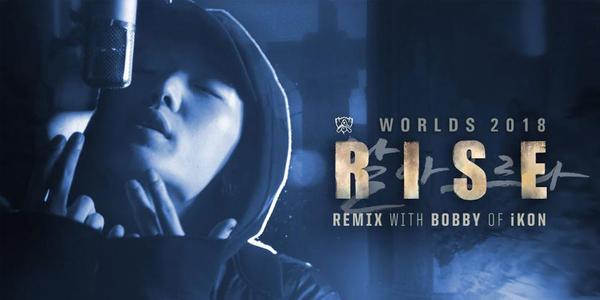 League of Legends and K-Pop — The Kraze

With League Of Legends’s (LoL) first animated show, Arcane, debuting on Netflix this week, let us take a look back at when LoL collided with the world of K-Pop. 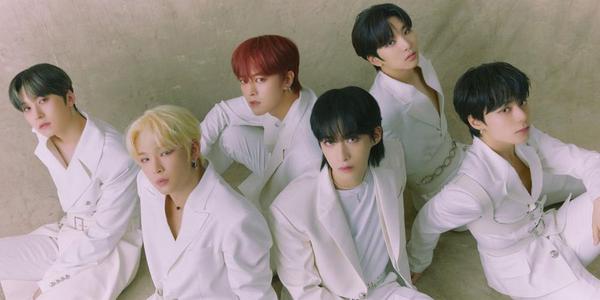 ONEUS makes their third comeback of the year with new mini-album BLOOD MOON and title track “월하미인 (月下美人: LUNA).” The new album also features the group’s singles “Shut Up 받고 Crazy Hot!” and “Life is Beautiful” from their Theatre Project released earlier this year. Let’s take a look at what ONEUS has to offer with what is being called their strongest comeback to date. 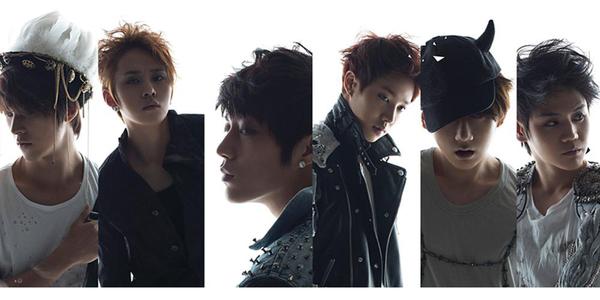 B-Sides Celebrating Their Tenth Anniversary in 2021 — The Kraze

2011 was a year of spectacular music. With new groups like Block B, Brave Girls, Apink, and BOYFRIEND making their debut and veterans like f(x), BIGBANG, INFINITE, and 2NE1 at the peak of their careers, 2011 was a dynamic year in music. Let’s take a look back at B-sides that are celebrating their ten-year anniversary in 2021. B2ST were best known for their angsty songs. Pairing phenomenal vocalists and rappers, B2ST songs were quintessential in the second generation of K-Pop. “Though I Call You 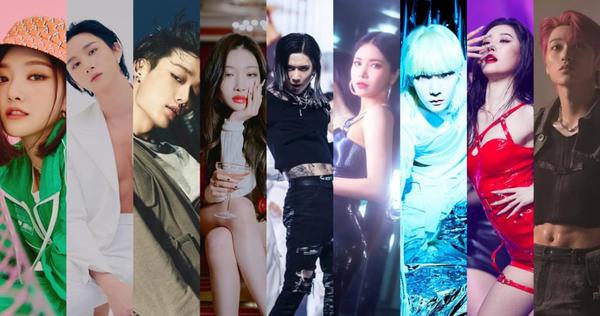 The Mnet Asian Music Awards announced their 2021 nominees on Wednesday and instantly set fire to several fandoms. While there’s yet to ever exist any award show where no eyebrows were raised at the slate of nominees, this year’s MAMA left many fans of Korean popular music speechless. While we of course congratulate all of the artists that snagged one or several nominations on Wednesday, as a community of kpop enthusiasts we couldn’t help but also let loose about who we thought would have deserve 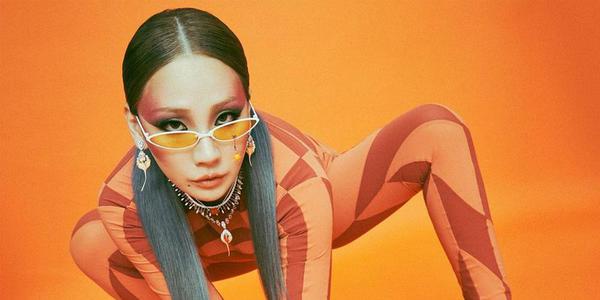 Check out our favorite B-sides of October! From aespa to CL! 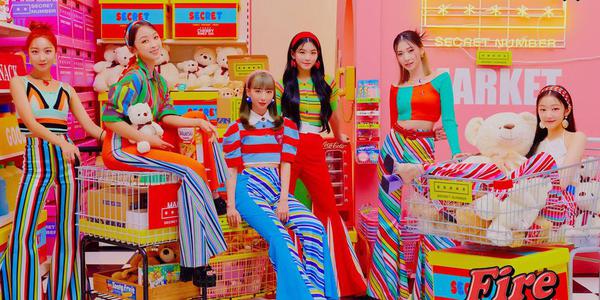 Secret Number Welcomes Us To Their World — The Kraze

Following line-up shuffling and the addition of two new members, Minji and Zuu, rookie girl group Secret Number has made their long-awaited comeback with the single album Fire Saturday. Debuting in 2020 with the catchy single “Who Dis?,” the group quickly garnered attention for their bold style. The group made their first comeback with the disco-tinged “Go That Boom” and won Best New Female Artist award at the Asia Artist Awards. 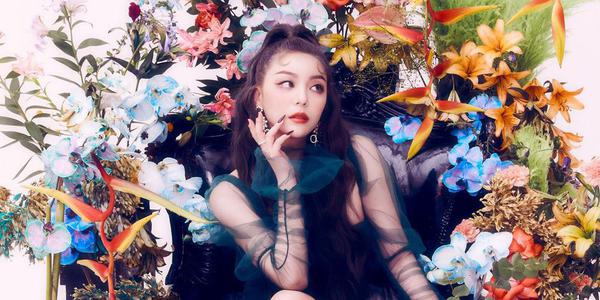 Ailee Takes Over The Ballroom in High Heels & Glam — The Kraze

One of Korea’s best vocalists has made her return to music. With a brand new full-length album and new label, Ailee has released her new song, “가르치지마 (Don’t Teach Me)” from AMY. The new album features tracks from her latest mini-album, LOVIN’. 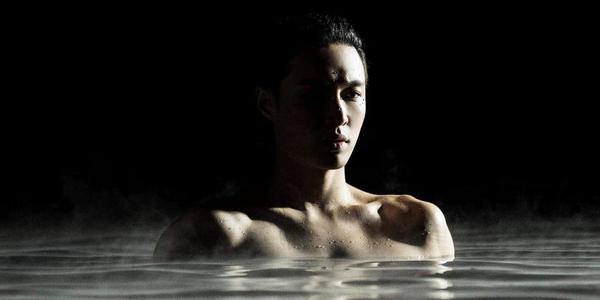 With the release of Shang-Chi and the Legend of the Ten Rings, Mandarin pop and hip-hop music have seen a rise in interest. Let’s take a look at some amazing Mandopop tracks released by artists who have a connection with South Korea. 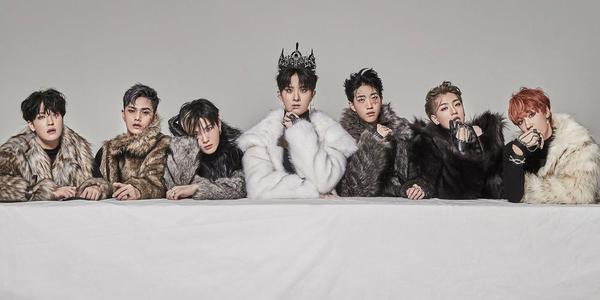 Travel to the Icy Deserts of Russia with KINGDOM — The Kraze 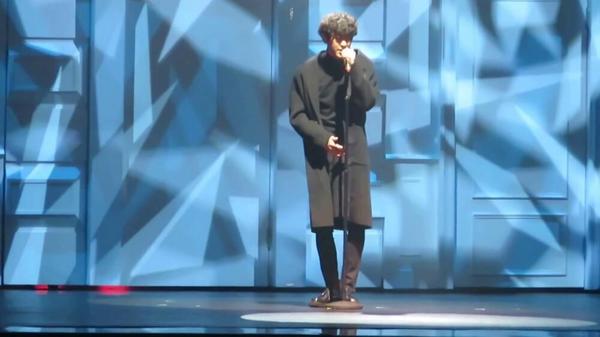 Two contrasting songs that address the same sentiments, “손 (Hand)” and “Nothin’” are performed by EXO’s rapper and songwriter, Chanyeol. “Hand” was released via the singer’s SoundCloud in 2018 whereas “Nothin’” (formally credited to EXO-SC) was released in 2020 via EXO-SC’s album, 1 Billion Views. This edition of Genius Korea’s Song Highlights will shed light on the songwriting and visuals associated with the two songs and how they are interconnected in a story about hurting, healing, and living.
Load More Articles
Close ✕